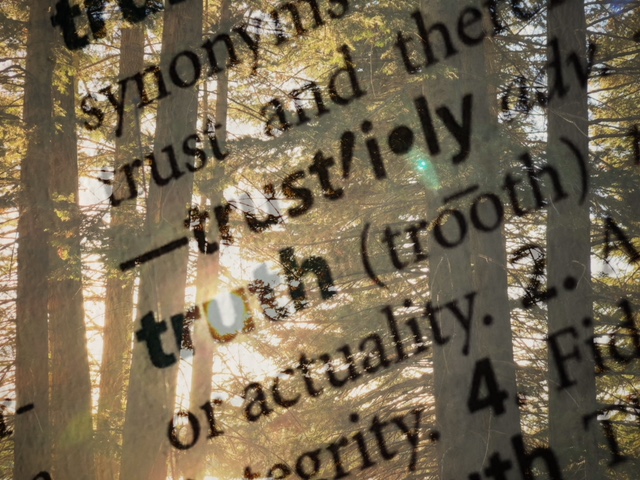 IF I were dying, THEN they would realize how much they love me–this was a fantasy I would play out in my mind often as I tried to fall asleep at night. My mind was a safe place where I would try to sort out all the feelings that were far bigger than I was at the time.  At four, one does one’s best to wrestle with complex issues, and this was part of my feeble attempt. It was the year I was first sexually violated and lost my innocence. Throw that into a whirlpool of flourishing familial dysfunction, and I would begin to understand pain and rejection for the very first time. Sometimes our greatest traumas come from what isn’t given.

Survive–we are hard coded to survive until it is pecked away by the brokenness. Surviving is not the same as thriving… So much can be robbed from us in moments, leaving behind decaying parts that long for redemption to breath new life.

17. He spent at least a year grooming me, testing to see just how broken I really was, before he attacked me. After so many sexual assaults through the years, THIS ONE had to be my fault, right? I should have known better. I should have been wiser.  And yet, wasn’t this story familiar somehow– the one that seemed to speak of my worthlessness again and again? I had even met Jesus, so how could these things happen still? I was tired of surviving. After I managed to get away, I sat mostly naked and sobbing on my bedroom floor.  I studied the pill bottle on my vanity. Gone were my childhood fantasies, left were rotting wounds. How could I go on? What was the point? So much pain. That first thought was nothing but a whisper…just take the pills…

The seed had been planted before I was old enough to add, watered with every trauma life brought, and fertilized by my ignorance.  Suicide...maybe it was the only way the pain would ever stop. It became the new fantasy, a false promise that maybe it was the only way to end my pain after all.  So, with every incredibly dark and painful season this thought would echo through my mind like a sweet promise of freedom…

Lies are always powerful, but the truth holds greater power still.  I had yet to learn that lesson, though.

The day I attempted suicide, the birth control pills had pulled the proverbial trigger, but the gun had long ago been loaded.  Take away the synthetic hormones and my mood would indeed regulate, but it would not teach me what I desperately needed to learn. The trigger was always there, tempting me to just pull…

…when the infertility news arrived.

…when my twin daughters died.

..the thought came like a drink of water that promised to extinguish my fire. No more pain.

What was wrong with me?  Who thinks these thoughts? Clearly only crazy people! The shame that enveloped me held my tongue until I was bone weary of the plague it had become.

The perspiration beaded on my brow and soaked through my shirt as I finally blurted out my secret to my therapist.

“I struggle with thoughts of suicide, and I don’t understand what is wrong with me!” I cried.

The flood gates opened, the tears I had cried behind closed doors for years spilled forth, climaxing into an ugly, snotty sob of confession.

Amazingly, she NEVER said what I was so terrified was true–that I was indeed crazy.  (In fact, I asked her repeatedly just to be sure.) Instead, her words would shatter my shame, breathe life into my desert, and pave the way to greater freedom than I had ever previously known.  I would finally understand the why, I would begin to see the truth and slowly she would teach me to understand just what I could do.