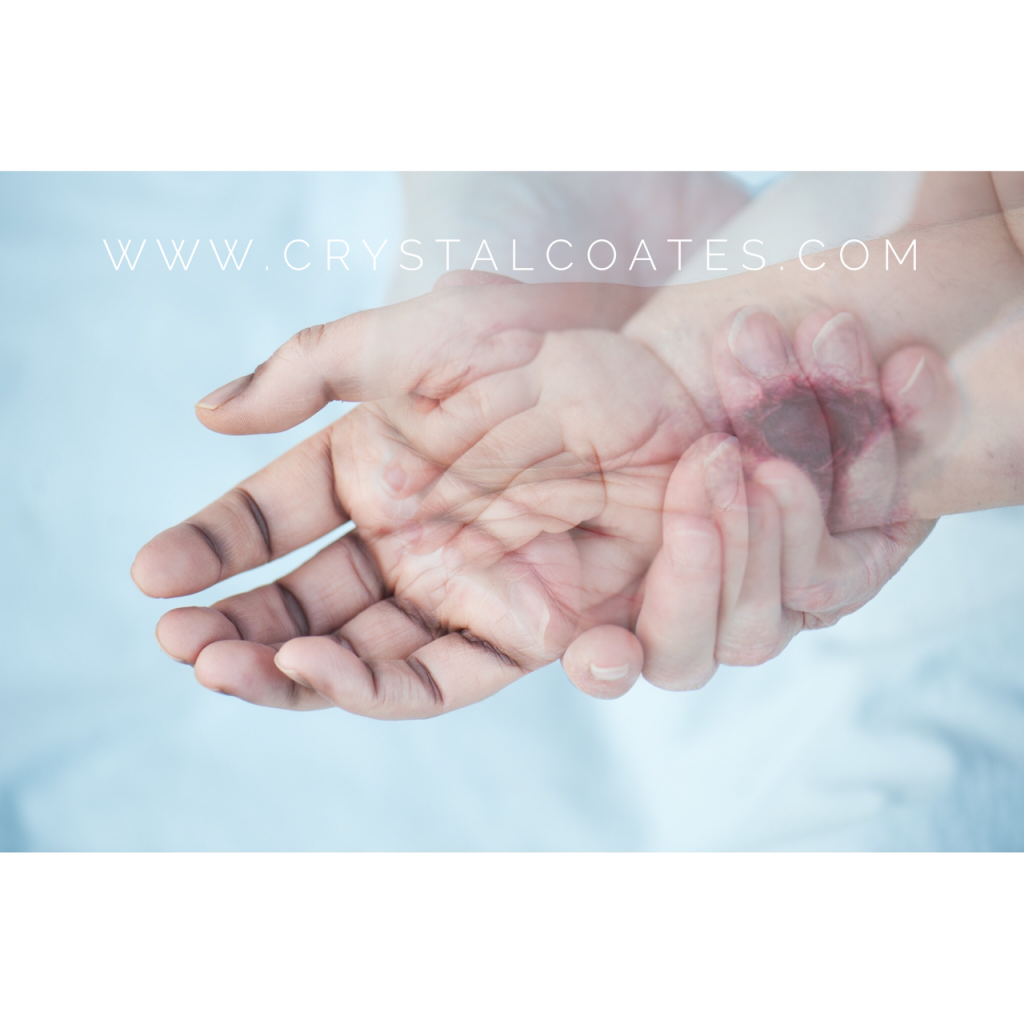 Jesus on the cross.

As I prayed, I looked down at my sleeping 8 month old baby whose fingers curled tightly around mine and thought, “What about Mary?”

The one who carried Jesus in her womb, the one who nursed Him at her breast, the one who did all the late night feedings after birthing Him into the world–she was there.  She was at the cross as He died. He was first the son of God, but He was also her son, and she held all the memories of raising Him while He hung dying on that cross.

Jesus was fully God and fully man, but I would pose that Mary was simply fully human and fully a mom.  And as a mom, I sought to ponder what it might have been like for her during those hours…

She knew it was coming, but nothing could have truly prepared her for the scene, the feelings, the smells, the sounds, the helplessness she felt.  Even if she was able to grasp the importance of the sacrifice completely, it had to war with her instincts as a mother, powerful instincts to protect and defend her child, her son.

As she watched Him die, did she flash back to that baby she held in the humble manager? To the fingers that once curled around her own in total dependance on her care, now being drained of their life while He hung on the cross?  Did she think back over the thousands of memories she held of watching Him grow into a man? Did she weep bitterly knowing that while this incredibly hard thing was God’s will, it felt like it was impossible for her to bear?

Mary, you didn’t run from the hard of any of those moments.  You stayed present. You stayed steadfast even as your knees dropped to the ground, and you wept and your heart broke into what seemed like possibly irreparable pieces. We know God had you even then, especially then, because through incredible pain and with extraordinary effort Jesus spoke from the cross about you:

Ordinary Mary. God used her to do an extraordinary thing. He chose her, He loved her, He had her…even and especially in the shadow of the cross.

He has you today too. From the cradle to the crosses in your life, He has you. He loves you. In the pain he promises to bring forth great purpose. Even when we feel crushed, He has a plan. He is never surprised, and He always gets the victory.  Like Mary, may we draw near to Jesus and not only find the resurrection power but also find the power that only comes at the foot of the cross.